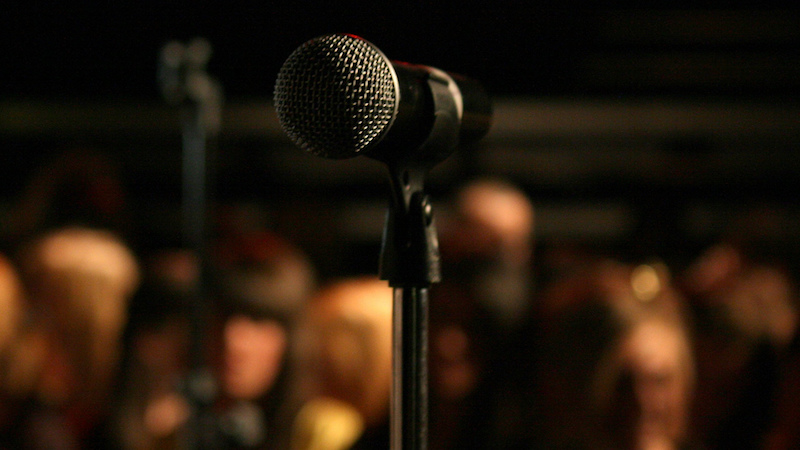 From the outset of this article I do not want to convey the thought that just because leaders have name recognition or become popular that they are not people of God. Many of my close friends in the ministry are also celebrities in their own right but do not exhibit the below traits. However, it would be less than honest for those of us in the church not to admit the aberrant behavior of some of our own.

The following are ten reasons why some pastors develop a superstar mentality:

1. They have a sense of entitlement.

Some folks think more highly of themselves than they ought to think and believe in their hearts that they deserve better treatment than any other human being (Romans 12).

2. Because of their celebrity status they think they are above the law.

When a celebrity leader (it could be a celebrity in a small church as well as a large church, based on the adulation of the people and their own self-deception) gets used to having sycophants around him then they are used to getting what they want, when they want. Hence, they push aside boundaries and live a life that satisfies their fleshly inclinations.

4. They don’t trust anyone.

Many superstar pastors are really projecting a false self of confidence and aloofness, because they don’t trust enough to have intimate relationships with anyone, including their spouses and children.

5. Their self-identity is subsumed by their ministry identity.

Some start off okay but eventually their success, fueled by their driving ambition to be respected and known, becomes the primary way they view themselves. Thus, they lose their core essence and live through a false sense of success and power.

6. They become narcissistic to medicate the pain of their past.

Many superstar leaders abuse their leadership privileges by manipulating others for their own advantage. Or, they are involved in substance abuse, adultery, excessive entertainment, frequent vacations and other lusts of the flesh to medicate the pain they have from the great responsibilities, intense lifestyle, and other pressure-cooker items that make them feel trapped with no outlet. Thus, they succumb to temporary fixes that give them a reprieve from their miserable reality.

7. They erroneously equate the anointing to minister with God’s personal favor.

Some believe that, because they preach great messages and experience the power of God when ministering, that this is a sign of God’s favor upon them, even if they are not living a life of holiness. Scripture teaches us, through the narrative of Samson, that prioritizing anointing and power before the fruit of the Spirit will eventually catch up to you and result in an untimely end to your ministry.

8. They preach a Christ without a cross–a gospel centered on self rather than on sacrifice.

Some superstar leaders preach a “rights-centered” gospel that is centered upon self rather than on Christ. This results in living a life of indulgence that has no boundaries to limit their desire for the physical amenities of life.

9. They associate with other superstar pastors who reinforce this superstar culture.

The old saying “birds of a feather flock together” is a truism; people tend to congregate mostly with others who believe like them and reinforce their belief systems and lifestyles. This can either be a force for good or evil. Demigod leaders tend to associate with other spiritual divas and even have them preach in their churches because they don’t want a dissident voice that will call them to account and bring a standard of holiness.

10. Those closest to them don’t challenge them.

Often, the person with the most influence to speak into the pastor is his/her spouse. Unfortunately, often the lavish superstar lifestyle can abate the conscience of the spouse because of all the goodies and bling that come to them. When the voice of the spouse is either ignored or silent, then the person with the greatest chance of correcting them is non-existent. The same goes for their inner circle and close friends and family who may also benefit from this opulent lifestyle.

In closing, this article was not written with the intent to arouse a critical spirit in the body of Christ, but to offer a prophetic correction so that we can turn back to the way of Jesus and the apostles. If some read this and use it as an excuse to gossip and be critical of their leaders, then they are missing the point and are just as guilty as the ones they are judging. Also, as a pastor for over 30 years, I have seen these traits in leaders of all stripes, both in the marketplace and in the church. Furthermore, all believers have the same sinful root issues as these superstar pastors. Hence, we need to abstain from personal judgment. Allow these 10 principles to convict our own souls.