Since the start of 2020, it seems like our nation has continually experienced one crisis after another. I believe God is allowing our nation to be tested as a means to reveal our ethics, morality, and true soul. Similarly to squeezing a ketchup bottle, whenever a person or entity experiences great friction, it reveals what is on the inside of it. The parts that lack internal integrity will quickly manifest when under pressure. Theologically, I agree with the perspectives of St. Augustine and Calvin as it relates to the doctrine of “total depravity” in the nature of humankind. An honest observance of the sinful proclivities of oneself points to this doctrine. This universal sinfulness of all human beings is echoed in the narrative of Scriptures such as Jeremiah 17:9, Romans 5:12, Ephesians 2:3, and Genesis 6:5.

The troubling events during the past few months have continued to manifest the biblical depiction of lost and sinful humanity. An example of this is shown in the recent actions of the policemen, in Minneapolis, specifically Derek Chauvin,  who horrifically terminated the life of George Floyd.

I am generally a fan of the police department. For decades I have known and worked with many of the best and brightest of law enforcement at every level of the NYPD. I have found that most of them are conscientious, hard-working people who are trying their best to serve our communities. However, because of human depravity, it is always a temptation for those wielding power and authority to act in a malevolent manner towards those with lesser ability, power, and strength. That is human nature. Those with power can either be a great blessing or a curse to a community.

No doubt, without a strong police presence in our cities, the quality of life would be drastically compromised. This would result in a vast rise in violent crime, arson, and open drug use as well as a vast increase in systemic poverty. The police have overwhelmingly been a necessary benefit to society. However, when police action exhibits the kind of horrific abuse and bullying of George Floyd, it illustrates the dark side of the human soul.

I do not only blame Chauvin but also the other gutless, heartless officers passively watching a fellow human crying out for mercy and being ignored. To be honest, when I initially viewed the video recording of the heinous murder of Floyd, my first reaction was to wish I could be alone in a room with an unarmed Chauvin and his fellow sycophants!

The Unfortunate Actions of the Protests in Minneapolis and Beyond

While I understand that people are feeling helpless and desiring to vent their rage, there are more constructive ways to do this. An example of this is Martin Luther King’s peaceful protests. What is unconscionable is the fact that people have looted, torched, and burned down many stores in their own community.

The owners of the destroyed stores are innocent people who became unnecessary victims. Damaging the economic wellbeing of a black/brown community in the name of protesting a white cop’s murder of a helpless black man doesn’t solve anything. Instead, it warrants a greater police presence in that same community, which is the very thing they are fighting against. Hence, the protestors became the abusers of their own people!

In NYC, among numerous other unfortunate incidents, a woman threw a Molotov cocktail into the van of 4 NYPD police officers. Thank God the van was empty!  Again, in protest of the murder of one person, she attempted to murder four other people. I would not be surprised if it is found out that professional anarchists and agitators are capitalizing on this tragedy and are helping to organize and instigate violent unrest in our cities.

I believe that if George Floyd was able to come back to life for a few moments and deliver a message to the nation, he would decry this mob violence.

The White Woman and the Bird Watcher

An incident that took place in Central Park around the same time that George Floyd was murdered also highlights the sinful actions of people under pressure.

A white woman, Amy Cooper, was caught on video attempting to get an African American bird watcher, Christian Cooper (no relation to Amy Cooper), arrested because he told her to put her dog on a leash. She called 911 and said that an African American man was threatening her life. Thank God the accused had the prescience to videotape the whole affair on his cell phone. It is disheartening that she was willing to destroy the life and reputation of a black man because he merely reminded her of the rules of that area of the park. Furthermore, she continued the awful history in American lore of white people, especially women, falsely accusing black men simply because they think they can get away with it.

Her extremely egregious response revealed that she, “under pressure,” seemed to unearth a narcissism so deep that she was willing to destroy the life and reputation of an innocent human being. What would have happened if there was no mobile phone footage?

Does this all mean that inherent racism and sin is increasing these days?

Not at all. It is just that with the advent of cell phone cameras, we are merely unearthing what is already inherent in human nature.

The only cure for racism, bullying, unrestrained mob violence and abuse of power is the Gospel of Jesus Christ. The essence of the existential problem of racism cannot be solved merely by politics, public policy, and violent outbursts. The root of the problem is sin. Only Jesus can wash sins away, cleanse the human soul, and regenerate the human heart. He alone is the Prince of Peace with the ability to save us from the corruption of this world (Galatians 1:4; 1 John 5:19). On the Day of Pentecost, Peter exhorted the mob to save themselves from this corrupt generation (Acts 2:40).

May the current crisis result in a greater spiritual response resulting in an awakening in our nation and cities.

Lately, the news media has highlighted how many churches in America are refusing to obey the law related to the restrictions of public gatherings of any size. Some of the reasons churches are refusing include the fact that many older congregations have not come into the 21st century in terms of the usage of technology. This is resulting in very little giving via online platforms, such as church apps. Another reason is because some churches believe it violates their First Amendment rights, taking away the freedom of speech, religion, and right to assemble. That being said, the following are reasons why I believe the churches should obey the law during this pandemic:

END_OF_DOCUMENT_TOKEN_TO_BE_REPLACED

The present coronavirus pandemic will demonstrate how the Kingdom of God is different from the kingdom of darkness. It is also a huge opportunity for the church to function as the Salt and Light of the world. The reason is because the Kingdom of the heavens is governed by a different set of laws and principles than those under the rule of the prince of this world (see John 14:30, 1 John 5:19).

END_OF_DOCUMENT_TOKEN_TO_BE_REPLACED 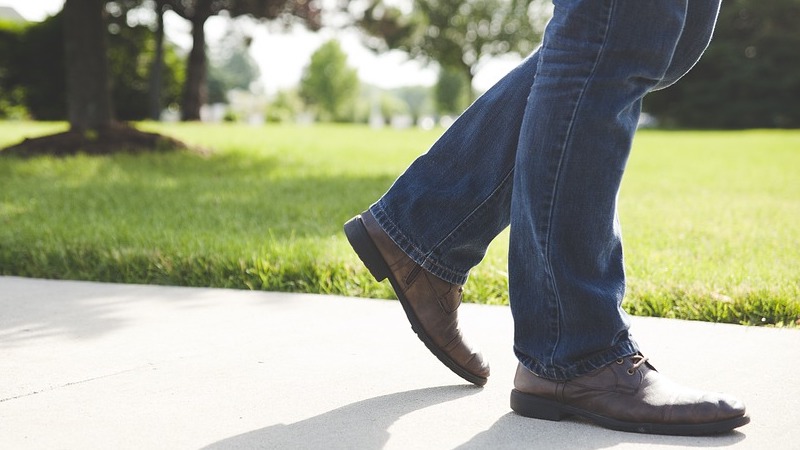