Four Reasons Why Revival is Not Enough 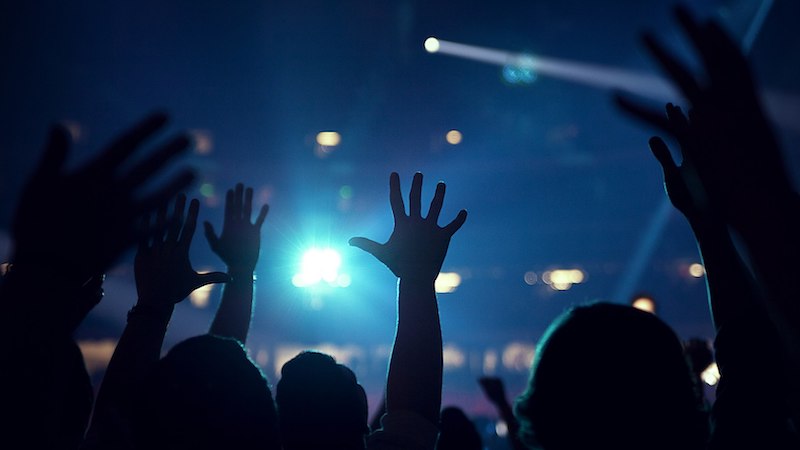 I have been in countless meetings with church leaders who are impassioned to see a revival in our nation and/or in their churches and communities.

One time, after a national prayer leader spoke on the need for the church to pray for revival, I raised my hand and asked him: “For what purpose do we want revival?” He was dumbfounded by that simple question and could not really answer me.

I have found that revival in and of itself is never enough!

By revival we mean when God revives His people by restoring their passion and calling for Him! Much soul winning and deeper personal and more frequent corporate prayer often accompany this, so the revival can be sustained.

This is all good and fine, especially if your local church is either dead or lukewarm regarding soul winning, prayer and their calling to serve God! However, as important as all this is, believers need to understand for what purpose we want to be revived! It is not enough if all we desire is for more souls to come into the church! I have told many pastors’ gatherings that preparing and studying for revival are just as important as praying for revival.

The following are reasons why revival is not enough:

1. Churches need to have a broad enough leadership base to shepherd the newly saved people that come into the church or else praying for a revival that brings in a multitude of souls is not practical. For example, if the typical local church in America added only 100 new members in a week, most pastors would experience a nervous breakdown because they would not be able to handle their local church doubling in size overnight! Deuteronomy 7:22 teaches us that God would only allow the children of Israel to possess the Promised Land a little bit at a time lest they would not be able to manage the land and it would be overrun by the beasts of the field! Thus, the first thing to prepare for revival is to equip the saints for the work of the ministry so the church has the capacity to handle an influx of new Christians who need to be nurtured and cared for. If not, it would be like a mother giving birth to a baby and then leaving it alone to care for itself!

2. A revival needs to have biblical objectives

Jesus taught us to pray for His Kingdom to come and His will to be done on earth as it is in heaven (Matthew 6:9-11). Just praying for the church to be revived without having a reason for reviving is foolishness! It is not enough to be alive; we need to have a purpose for our lives and faith. Jesus told us that manifesting the Kingdom of God on earth is our primary purpose this side of heaven! That’s why He called us the salt of the earth and the light of the world (Matthew 5:13-16).

Hence, we need to have reformation of society as a goal coupled with reviving the church or else we will miss the present purpose of salvation. Salvation is not just about going to heaven; it is establishing a Kingdom witness on the earth as part of our calling to steward the planet according to the Cultural Mandate (Genesis 1:27-28). This mandate frames all of Scripture and gives us an understanding of the first and second comings of Christ, His death and resurrection, the purpose of the church and the overall reason why God created humankind! When Jesus commanded the church to “disciple the nations” in Matthew 28:19, as the “Last Adam” (1 Corinthians 15:45), He was referring back to the original Cultural Mandate of Genesis 1:28 — in which God called His people to bring His rule into every realm of the created order! This alone gives purpose to 100% of believers since it will take the whole church to lead creation under His lordship!

Revival without reformation merely fills church buildings and only recognizes full-time church workers and preachers as ministers in the Kingdom! Truly, revival brings people into the church but reformation sends the church into the community to bring societal transformation!

3. Contemporary revivals did not shift culture

The revivals of the twentieth century by and large only had a short-term effect on culture because most of them did not reach the top gatekeepers of society. Only 3% of the population makes decisions for the rest of the nation. Hence, unless these gatekeepers are reached we will continue to have multitudes receive Christ without seeing a positive shift in culture! By contrast, the First and Second Great Awakenings of Wesley, Whitefield, and Finney reached many top political, economic and cultural leaders of their day and resulted in shifting the destiny of nations! For example, the First Great Awakening helped give birth to the American Revolution and the Second Great Awakening was the impetus for the abolition of slavery in the USA!

4. Revivals must include the ethical standards needed for a prosperous society

After the gatekeepers and emerging cultural leaders are saved in our churches, we have to ask ourselves the question: “By what standard will we lead our nation?” The typical revival only brings people into the church and teaches them the basics regarding salvation and personal holiness, but never deals with systemic cultural issues like public policy. The result is that we have revived churches with thousands of Christian civic leaders (who attend these churches) who lead their communities and nation with a humanistic worldview!

Truly the word of God not only deals with individual conversion but also institutional conversion! Thus, we need a plan that includes drawing in the multitudes and teaching the biblical worldview to emerging and active gatekeepers who attend our local churches. Just teaching the newly saved mayor of a city or CEO of a corporation to be filled with the Holy Spirit and love their spouses is not enough! Only the law of God found in the Ten Commandments and the 613 civic laws (and unpacked specifically in the major and minor prophets and wisdom literature of the Scriptures) actually give the biblical standard of ethics that can frame laws for a nation. The New Testament modifies and in some cases takes away the civic penalty for breaking some of these laws (for example: sexual sin, rebellion against parents) but it never abrogates civic and moral laws in principle. (According to the New Testament books of Hebrews and Galatians only the ceremonial law has been done away with in Christ.)

Thus, it behooves pastors and community leaders to study the Old Testament law of God as part of their discipleship process or else we will not have a biblical standard for civic engagement except humanistic laws based on egalitarian principles and secularism!

This article is from a chapter in Bishop Mattera’s book, “Understanding the Wineskin Of The Kingdom,” available on Amazon.