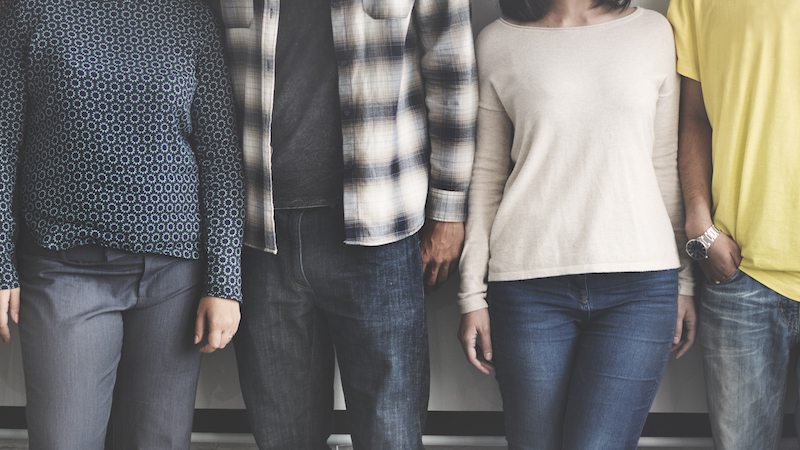 Through the years, I have been very interested in applying the Gospel of the Kingdom of God to culture. Hence, I have been involved closely and have studied many different models regarding this subject. The concepts regarding how the church should engage culture vary from merely affecting the quality of life of a community to full-blown revival that results in transformation. The following five models summarize my observations and opinions regarding these various approaches.

This is a model several Christian disaster relief organizations seem to espouse. Their idea of transformation has to do with positively affecting the quality of life of a community or village. For example, they may promote that they brought transformation to an African or Indian village. But when you examine the matter further you will find they were referring to digging a well so the village could have fresh water, or they gave the village a generator so they could have electricity.

This is good because it saves lives. But with this particular model the quality of life seems to be the goal even more than the salvation of the villagers. Thus, while they may now have fresh water, they may still be worshipping their Hindu gods or espousing a false religion.

Many (including myself) do not think this is the ideal biblical model because, without connecting transformation to the Lordship of Christ, it could be construed as nothing more than humanism.

Truly, humanitarianism without Christ is mere humanism. Unless, of course, the believers engaged in this kind of relief work make it clear to the villagers they did this work because the love of Christ compelled them!

This is a model I was involved with as chairperson of the NYC American Cities Campaign with Dr. John Perkins in 1995. This is an incarnational
model in which the church is encouraged to empower the poor by creating jobs, starting businesses, and being connected to, and committed to, the
economic and social improvement of a community.

This model points to Christ because it is led by church initiatives that combine the preaching of the gospel with empowering the poor. Instead of
merely “marching for Jesus” they encourage Christians to “move in for Jesus” and live amongst the poor and needy they are trying to reach with
the gospel. Not living among the people we are ministering to amounts to paternalism or the parachute approach, in which we parachute in to
rescue the poor, but then we fly back out as soon as the event or church service is over.

Perkins and missiologist Dr. Ray Bakke have greatly impacted my life, giving me a theology that was big enough to reach and transform an urban
community.

The pure revivalist model of a Finney (19th century), an Edwards (18th century), or the Welsh Revival (early 20th century) combines the
preaching of the gospel with societal transformation. There were essentially three stages in each of these revivals:

A. Preparation: There were a handful of people who cried out to God for an extended period of time for revival until they knew God heard them.

B. Visitation: There was an indelible presence of God that came upon the community. Even when unbelievers came near the epicenter of one of these moves of God they would fall under conviction and give their lives to Christ. During these times there was a supernatural energy that enabled
pastors and lay ministers alike to labor and pray for hours with very little sleep, seven days a week for several years at a time without hurting their physical health or family structure.

C. Transformation: These incredible moves of God would result in societal change in which many bars would close down and turn into churches, the morals of a community would go up, and crime would dramatically decrease. (Some contemporary moves of God reported in the Transformation Videos produced by George Otis, Jr. demonstrate that even the agriculture and produce multiplied in quantity and quality with even wildlife returning and fish coming back to their areas!)

This is probably the purest God-praising model of the five mentioned in this article because it combines societal transformation with the presence
and power of God. Thus, when transformation occurs everyone knows it is a result of divine intervention and only God receives the glory. In the other models mentioned sociologists could make a case that qualitative change came merely as a result of better political, social and economic policies that were put in place, even if it was led by Christians and/or Christian organizations. (Of course, this is still important because we
demonstrate that we are Christ followers primarily by our love for our neighbor.)

The Christian Reconstruction model as espoused by Rousas John Rushdoony, Gary DeMar, Gary North and others is informed by an amazing understanding of how Old Testament moral and civil law can be applied to culture. Rushdoony’s work The Institutes of Biblical Law set the evangelical world on fire. Many credit him with being the father of the Christian Right as he taught how the Ten Commandments apply to
contemporary law and policy.

The challenge some have with this model is the perception that transformation is largely connected to merely a change of the laws of the land without a true spiritual phenomena (visitation of God) as in the Revivalist model. Thus this view is in danger of espousing that culture is solely (or primarily) affected by human ingenuity along with biblically based legislation, economics and public policy, without adequately addressing the other cultural mountains (art, music, media, etc., although I believe this is not true if you read everything they write).

Furthermore, many in this model espouse a view of the Old Testament law in which the 613 laws should be applied exactly in this day and age. Thus, they espouse capital punishment for adultery, homosexuality, and other ethical offenses as mentioned in the Pentateuch.

Others, like myself, teach that although the Ten Commandments are still our ethical standard for individuals and a civil society, we should only
extrapolate principles from the 613 Old Testament civic laws. Furthermore, my position is that the New Covenant modified and took away capital offenses for most sins including child rebellion and sexual sin because of the coming of the fullness of grace and the Spirit that can now regenerate sinners.

This is a model that many evangelicals probably espouse without knowing it. Some have said this is the position of St. Augustine as shown in his
book The City of God, and other great leaders in history.

Basically, those with this view believe we will never be able to fully transform a city or nation. Thus, we should just primarily focus on the church and evangelism and build strong, healthy congregations. Consequently, at times, with strong churches that engage in extensive evangelism there will be a spillover effect that will inadvertently result in some form of societal transformation. The idea is, if you have model churches with many people coming to Christ and assimilating into congregations then the morality and ethics of a community will automatically be positively affected even if community transformation is not the focus. Of course, there is a lot of merit to this and some can even make a case this has happened intermittently throughout history and was the model of Wesley and Whitefield in England.

But I believe this model falls short because, presently, there are many nations in the world with a large percentage of evangelicals (for example, several nations I have visited in Latin America and Africa) that have very poor conditions and high crime rates even though the vast majority of their people are evangelical! Some of these nations have more than 80% of their populations proclaiming to be evangelical with many megachurches. But that same percentage of people do not have electricity and running water! For example, one nation in Latin America has more than 65% of their population in evangelical churches but they lead the continent in homicides!

Thus, I truly believe we need to intentionally connect the message of the gospel with the Kingdom of God and proactively disciple emerging
marketplace leaders and cultural gatekeepers so we see systemic change. If we only preach an individualistic gospel and only attempt to reach individuals with the gospel, we will just reach masses of people who will not know how to apply their faith to the public square, resulting in Christian leaders in politics and culture who perpetuate a humanistic worldview.

Finally, there are other models of transformation I may have missed, but these are the five primary models based on my own studies and personal
observations. I pray this article will motivate leaders to aspire to see the gospel transform their communities, not just their congregations,
for the glory of God!