A Practical and Biblical View of Courtship and Dating 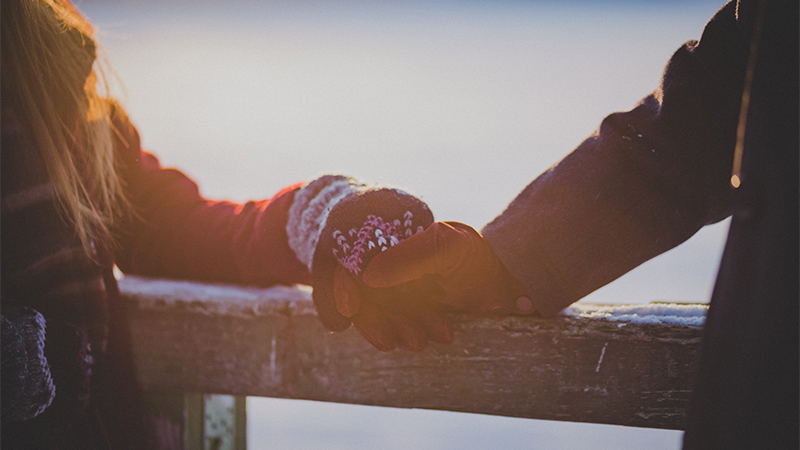 Courtship and dating are some of the least discussed topics in the church. Yet dating has caused the most havoc, destroyed countless lives, resulted in unwanted pregnancies and abortions, and even split churches apart. Since most of the church doesn’t teach on this subject, a vacuum exists resulting in our teenagers adopting the worldview of popular culture. This has led many church youth groups to become havens for dating and premarital sex.

On this Valentine’s Day week I am attempting to give some biblical clarity on this all-important subject for the sake of our local churches and for the sanctity and safety of the next generation who will soon have their own families. The following are guidelines that best fit young people but many of the principles still apply to older and more mature single adults looking for a mate.

I have taught each of my five children the difference between dating and courtship. Dating is an unbiblical method crafted by the world with no boundaries or ethics with the following assumed rules and values:

• Two people can mutually claim to be “boyfriend and girlfriend” if they are physically attracted to one another and (this is the litmus test) have a crush and claim each other for themselves in a special relationship.

• There are no boundaries or ethics in this type of relationship. Thus, what initially starts off as French kissing quickly accelerates to petting, fondling, and then full-blown sexual intimacy.

• Although they are committed to one another as “boyfriend and girlfriend” they most often end their relationship after several months when one “feels a crush” for someone else. Thus, the relationship ends with at least one of the individuals feeling devastated and wounded especially because of soul ties that were created from sexual intimacy.

Although the above three points are generalizations, they are true depictions of most cases regarding dating; its devastating results on the human soul cannot be fully measured! Even worse, the double-mindedness that results from numerous sexual encounters with various people carries into future relationships and even marriage. This is because of unhealthy soul ties that have been developed, increasing the chances one’s marriage will end in adultery and divorce which drags down children and creates generational curses due to family fragmentation.

It is amazing that most churches and youth groups do not speak about this in their discipleship processes! Every pastor should have church guidelines that include boundaries for how their youth groups should be conducted. Every youth pastor should be trained on the difference between the worldly concept of dating and the biblical concept of courtship.

Dating is revolutionized if the following guidelines are followed:

• Dating should only take place in the context of having an accompanying chaperone with young couples.  Or, only group dating should be encouraged. Groups can go to a movie or have an outing, or go for dinner so that two people can sit together and get to know one another in the safety of other trusted believers.

• Dating should not be encouraged for anyone under a certain age. I would say at least 18 although others would say 16.

• Dating should not involve any physical contact. Even something as harmless as a hug can lead to petting which will then lead to a sexual encounter.

• Youth groups should be taught that believers should not commit themselves to anyone God hasn’t clearly indicated will eventually be their spouse. This is the only way to avoid soul ties through sexual intimacy. Also, parents, pastors, or trusted mature people should all be part of the process of discerning the will of God to counter the blindness that comes when feeling in love.

• Youth should be taught to have greater criteria beyond physically attraction. They should be taught what to look for in a lifelong partner: someone who has God-given aspirations with their career, an education, the right concepts of family and God, the ability to handle money well, connected to a local church, etc.

• People should be taught to back off and not run to a person to whom they are attracted. This is to give themselves enough time to pray, seek counsel, and hear from God about the other person before they fall hopelessly in love and reach the point where their heart has already made a choice to be with the other person–whether it be the will of God or not!

• Youth should make chastity vows before they enter high school. With these vows they should pledge to their parents before God they will not give their bodies over unless they are married to the other person.

Although the Bible does not lay out specifics regarding courtship, since some of the biblical marriages were arranged by families (for example, the Old Testament patriarch Isaac and his wife Rebecca were brought together supernaturally by God with the order of Abraham), when we piece together all the principles of Scripture we have a good plan for courtship.

Courtship based on the biblical model of love, romance, sacrifice, dignity, and covenant implies the following about how two people could begin a process that may eventually lead to marriage:

A person should not even begin to look for a mate unless they are adequately prepared for the responsibilities of marriage and family, and are themselves emotionally healthy and spiritually mature. (When two emotionally needy people get together in marriage it is usually a disaster!)

Go on group dates to get to know the other person or work with them in some meaningful innocuous way. This will enable the development of a deep friendship to help discern the will of God before beginning the process of committing to each other more formally.

Both parties should back off, receive counsel, and pray to hear from God with other mature leaders and/or parents before allowing their hearts to be pulled towards each other romantically. Part of discerning the will of God is judging whether or not the other person meets the biblical criteria and qualifications of being a good mate, being able to raise children, and being a family leader.

Attraction should never be only physical. Based on 1 Thessalonians 5:23 we should be attracted to another person in three areas: physically, emotionally, and intellectually & spiritually (this includes personality). That is to say, a person needs to meet the criteria in each of these three areas. For example, it is a huge mistake to marry a person because they are strong spiritually when not attracted to them physically. Or, it is a mistake to marry a person for their personality when their spiritual life is a mess, etc.

Two people who have confirmed it is the will of God for them to be together should begin a process of spending time together. They should make a covenant together before God involving strict guidelines for not having physical contact or being alone where they can fall into sexual sin, and walking in the light and having open communication with one another.

At some point, the man should formerly ask the woman’s father, parent, or relevant guardian for permission to marry the woman before he officially proposes to her.

Both families should get to know each other since marriage also unites two families, not just two people.

Money should be set aside during the engagement, and jobs and education should be already secured. This is so the focus of the first few years of marriage is on building the relationship rather than on the distractions that come from financial stress, education, and other things that can destroy a relationship. Going into debt and spending a lot of money on the wedding ceremony is not advised. Monies should be channeled for life together more than on the one-time wedding ceremony. If you don’t have the money, be simple and modest with excellence on your wedding day. Don’t overdo it and go into huge debt! Invest in your marriage, not in your wedding day!

During the courtship Bible studies should be done together on the role of husbands and wives, and the purpose of children (Genesis 1:28). The book of Proverbs should be studied frequently together for practical wisdom and prudence in relationships and business.

Couples should especially study biblical love as found in 1 Corinthians 13 and understand that it is the commitment that arises out of covenant that will sustain their marriage–not merely the feeling of love. (For example, someone may wake up without those strong feeling of romance and be deceived into thinking they are no longer “in love” with their mate. This gives an excuse to begin another search for their true “soul mate” to experience romance again!) All couples must understand the difference between romantic feelings/the world’s definition of love and the biblical definition of love which is based on action, commitment, and sacrifice.

During courtship much prayer should be offered for wisdom, favor, and understanding

Mentor couples should be secured both during the courtship stage and after the marriage takes place. Mentor couples are experienced married couples who take younger couples under their wings, coaching them through personal issues that will eventually come up.

The courtship should last as long as necessary to work out all the kinks in the relationship. No date for the wedding should be set until numerous marital empowerment sessions and counseling sessions are conducted (we do eight sessions in our church called Marriage Builders), and a test from Marriage Savers is taken (www.marriagesavers.org). This will further insure the will of God is known and there is compatibility between the two people.  (Regarding the Marriage Savers test, 25% of engaged couples that take the test break up. They realize they don’t have enough compatibility to make a marriage work.)

No doubt, some reading this will scoff at my old-fashioned approach. But after 30 years of marriage, and having five biological children and hundreds of spiritual children over the past 30 plus years of full-time church ministry, the aforementioned principles come out of watching many relationship succeed and many fall apart.