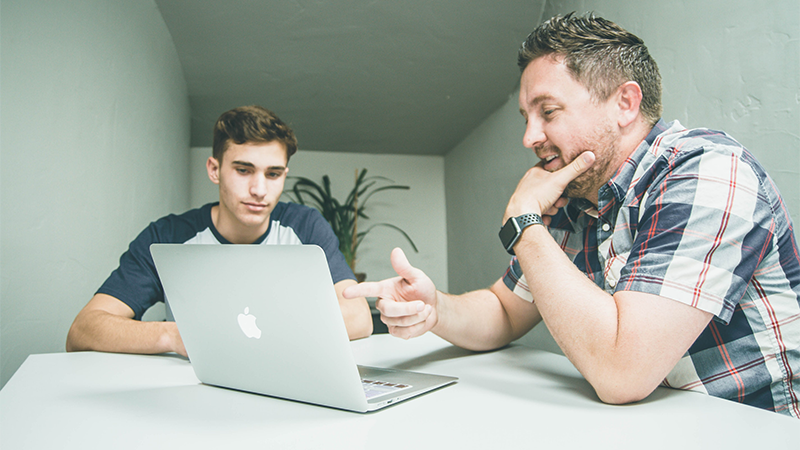 As I move closer towards my latter years (I was born in 1958), I have often reflected on the implications of the need for older leaders in regards to living out my purpose. Instead of fearing old age, I actually welcome it because of my biblical view. In this day and age, many young people make the huge mistake of thinking they know better than their father’s generation simply because they are more versed in technology and social media.

Furthermore, in western culture, unlike most other cultures, we seem to admire youth and strength and have a disdain for older people and push them to the side. This is a disgrace and totally against biblical values! The Bible says that the gray head is a crown of glory! That is because people come into the apex of their life experience, wisdom and insight when they come into their later years. In regards to our purpose in life, we are never called to retire but to re-fire!

The following are seven reasons we need older leaders:

1- We need their wisdom

In 1 Kings 11 Rehoboam the son of Solomon foolishly rejected the council of the older leaders who served with his father when he had a major crisis. Instead he acted on the council of his young friends who were his peers. The result was that he made a foolish decision that resulted in the Jewish kingdom being divided! This important story illustrates the fact that older people have a broader perspective because of their context and we should respect and desire their input, especially before making major decisions.

2- They can still do great exploits

In Scripture, we see how Moses was not called to be the deliverer shepherd of Israel until he was 80, and Caleb at the age of 80 still had full strength and took a mountain from his enemies. In my life, I have been blessed with walking with many male and female leaders who are old in years but full of energy and vitality, still doing great exploits for the Kingdom!

3- They are called to mentor the next generation

Perhaps the greatest privilege of getting older is the opportunity (and biblical obligation) to mentor younger people. In life, we go through various seasons. Between the age of 20-35 we are usually in the process of discovering our purpose. Between 35-65 we are maximizing the fullness of our purpose. Between 65-95 we should be focused the most on helping young leaders maximize their purpose more than blazing new trails. Of course, these are generalizations. Others I know, as well as myself have been mentoring people regarding their purpose since we were in our twenties.

There is something about an older person that cannot be replicated by reading books and that is gleaning from their life experience. A person with experience in a thing usually has a more comprehensive perspective than a person with mere head knowledge.

Generally speaking (there are some exceptions to this) older mature people don’t crave the same accolades. This is because they have already accomplished much in life, have branded their identity and are satisfied in their own skin.This is refreshing since many young people are still trying to find themselves, aren’t as rooted in their identity, and are driven to succeed for recognition and affirmation. This at times breeds insecurity and a spirit of competition with their peers.

6- They have a historical context

It is amazing to me to speak to people who lived through the “Great Depression” (early 20th century) and WW II. They experienced and observed things that cannot be captured merely by reading history books. Consequently, younger people can glean much from them regarding their perspective of the past, present and future.

7- They already have a proven track record

Some, not all older people, are finishing well and have maximized their purpose. Since they have a proven track record, they can speak with authority and wisdom regarding certain subjects. This enables them to greatly impact hearts and mind while instilling courage and wisdom in those that are attempting a similar path.

In conclusion, I want to acknowledge some of my older friends who still traverse the globe with amazing energy, enthusiasm and results. Men like Charles Green, Tommy Reid, Ron Cottle, Emmanuel Cannistracci, and Bill Hammon all exceed eighty years old (Charles Green is 90!).

Other friends still extremely active and impacting our world in their mid to late seventies include John Kelly (my mentor), Charles Simpson, Walt Healy, Roderick Caesar, Marcus Roberts and more. My first pastor who established me in leadership is Ben Crandall who is in his nineties. Last but not least is Mary Sansone, who was born in 1916 and for eight decades has cared for the poor, used political clout to change public policy and has been like a mother to me for almost thirty years!