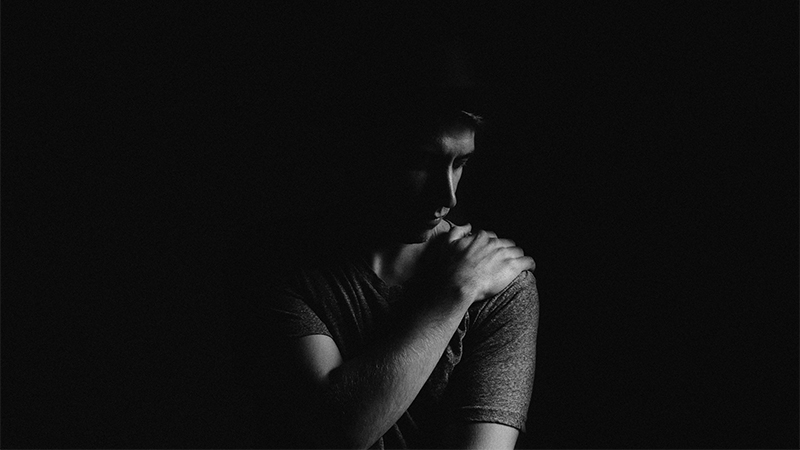 As a pastor I have studied human nature for more than four decades and have come to the conclusion that some people are actually under the control of other people. It is almost like a spell (or witchcraft to be precise)!

Whether it is a wife who stays in an abusive relationship with her husband or a mother who allows her drug-addicted child to continually take money from her, there are many people in the world who manipulate others for their own satisfaction, caring nothing for the other person. Although I have just mentioned some extremes, most cases of control are far more subtle and do not involve a person physically abusing another person. (In fact, it could be a petite woman controlling a large strong man!) In many cases, the issues presented in this article can be true in a marriage.

The following are some signs you are under the (unhealthy) control of another person:

1. A person you are in close relationship with doesn’t allow you to prove your point when in disagreement

In many cases people controlling others will not allow a conversation to go a certain way or to continue if they think they are going to lose the argument. This is because they can’t bear to lose their place of power, which comes from making the other person think they are always right. Many controlling people cannot handle it if you disagree with them. At first they may even act like they want your input. But the moment they see the conversation is not going their way they twist things around or pick on one little thing said and go on a rabbit trail with the intent of derailing the conversation, never letting it come to a conclusion that deviates from their position.

2. The other person manipulates you with temper tantrums and threats

Often, controlling people will go into fits of rage and temper tantrums when they are not having their way because they will do anything—even to the point of violence—to have their way and manipulate people into obeying them.

3. The controlling person constantly tries to make victims feel guilty or bad about the way they treat them when the opposite is really true

Even though the controlling person may be an abuser of the one they control, they will try to make the victim think that they are the abuser so that by using reverse psychology they are able to fool the (controlled) naïve person into thinking the abuser is really the victim. Thus, they get the victim to apologize, resulting in letting the abuser continue to abuse and control them.

4. The other person is always expecting more from you and is never satisfied

Another subtle form of control is when a person gives you the impression that whatever you do for them is never good enough, that you are always falling short. This makes the victim feel indebted and obligated to continue to try harder to please, satisfy, and serve the controller.

5. The other person is always questioning your motives

Another not so obvious way to control is for the controller to continually question the motives of the person they control, so the victim is never sure of themselves and thus always on shaky spiritual and emotional ground. This can result in the victim actually looking up to the controller as a role model for godliness and purity, putting the controller in the driver’s seat once again!

6. The other person is constantly putting you down

Another form of control is when a person continually puts you down, calling you names and questioning the wisdom in the decisions you make. This can make the victim feel obligated to try harder to please the controller and trust their wisdom, so they are always letting the controller make the important decisions!

7. The other person is used to always having their way

Usually in a healthy marriage or friendship, there is give and take; sometimes the husband has his way and sometimes the wife has her way. But in a controlling relationship the controller is always jockeying to have their way. Or, they will allow you to have your way in many minor things so that in all major things they will always have the final say.

8. The controlling person walks away from their responsibilities as a way to manipulate others

Another way controllers have their way is to actually walk away from their responsibilities at the worst possible time if they don’t get their way; thus, almost blackmailing a spouse, business partner, or fellow minister into letting them have their way. For example, when walking away or threatening to walk away right before or in the midst of an important meeting, the victim will almost agree to any demands so as to complete the task at hand to avoid humiliation. This is a very common form of control.

9. The controller finds ways to impose their will in every situation

The underlying essence of all controllers is their desire to impose their will and agenda in every situation they deem meaningful. They may have numerous different ways they do so, but the end result is always the same: ultimately they get their way!

10. The controller threatens to end the relationship

Especially in a marriage or dating situation, a controller continually threatens divorce or to walk away from the relationship once they see that the victim will cave in! This is especially true when the controlling spouse is married to a pastor or prominent elected official who could have their career go down the tubes if their controlling spouse actually follows through and walks away (which doesn’t really happen in most cases).

11. The controller threatens to commit suicide

In extreme cases a spouse, close friend or family member may threaten suicide if they deem that it will get them care or attention, or enable them to have their way. In most cases they will never kill themselves if given the real chance. But, they will play on the emotional strings of the victim who loves them and will continually give in to them to stop them from (seemingly) ending their life.

Many times a woman in a relationship with a man will use the power of sex to manipulate and get what they want from a man. (Women usually aren’t stupid enough or as desperate as men for sex to fall for this old-fashioned technique!)

In conclusion, it is not always clear if the person controlling another person is fully aware they are doing it. In some cases I am sure it is intentional and in other cases it could just be something done instinctively that they learned growing up as a survival mechanism.

The first step for victims of control to be set free is to be honest and self-aware regarding their unhealthy relationships. Victims of control and abuse need to speak to a professional counselor and get mediation, especially if they are married or in a business relationship. The first step for a victim of control is to base their identity fully on Christ and not their work, their marriage, or any relationship. This alone can give them the courage to walk out of this bondage. Victims need to learn to stand their ground and call the bluff of the controller, even if it means the relationship will be forever altered!

Those with issues of control will never let go of their power easily; many would rather sacrifice their relationships and ministries rather than give up control because having control (in their perspective) is their greatest payoff.