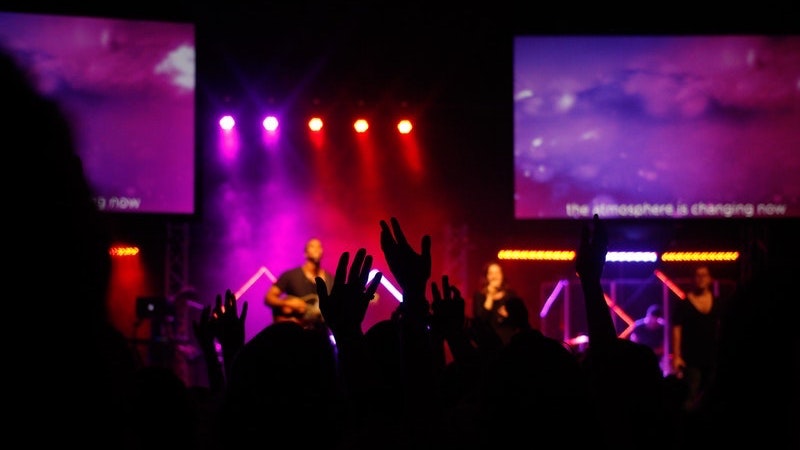 The past several decades we have seen a dramatic decline in doctrinal and biblical preaching. We have gone from theology to therapy in the pulpits. In the past decade we went from therapy to motivational speaking instead of preaching.

In addition to this, whole churches and movements have oriented themselves to a distorted understanding of the gospel by espousing a “hyper grace” approach that trickles down to not only what they preach but who they allow to minister and teach. (I was told there is even a new television station devoted to this view of “grace.”)

Furthermore, many churches and preachers refuse to take a stand against sin and rarely if ever mention the need for repentance and topics like hell and judgment! Many of these same churches allow people to minister in music, as small group leaders, and even as ministers with no personal accountability while looking the other way when they are living sexually immoral lives and regularly engaged in drunkenness!

This is nothing new. For centuries the Body of Christ has wrestled with something called antinomianism (anti means against; nomos means law). This is the belief that the moral law of the Old Testament has been done away with, and that, once we are in Christ, there is free grace in which we can almost live any way we want since we are not under the law but under grace. Thus, according to this view the Old Testament is not that important to read except for metaphors, types and symbols regarding the coming of Christ. The New Testament is all about grace and does away with the Old Testament law!

Of course, Paul the apostle warned against this sort of thing in Romans 6:1-2 when he rhetorically asked: shall we continue in sin that grace may abound? His response: God forbid! How shall we that are dead to sin live any longer in it?

The first thing Jude the apostle says in his epistle (in the context of contending for the faith in verse 3) is that ungodly men amongst them were turning the grace of our God into a license to sin.  Evidently, these free grace preachers were twisting the scriptures by teaching that “we are no longer under the law” means that we are no longer under any obligation to obey the moral law of God once we are saved.

This in spite of each of the Ten Commandments being directly cited or taught indirectly in the New Testament. Examples of exact citations are Ephesians 6:1-3 which quotes the fifth commandment; James 2:11 which quotes the sixth and seventh commandments (regarding murder and adultery) and says in verse 12 that believers will be judged according to the “law” of liberty; in Romans 7:7 Paul quotes the tenth commandment regarding not to covet; Paul also says that we dishonor God when we disobey the (moral) law (Romans 2:23).

Obedience to the Ten Commandments (the moral law) is also taught indirectly as in 1 John 5:21 which instructs believers to stay away from idols (from the second commandment regarding not to make a carved image to worship); and when Jesus said that the greatest commandment in the law is to love God with all the heart, mind and soul (Matthew 22:37-38) which corresponds to the first commandment regarding having no other gods before Him.  Paul makes it clear in Romans 7:12 that the law is holy, righteous and good and that the purpose of being filled with the Spirit of Christ is so the righteousness of the law would be fulfilled in us (Romans 8:4)—not so we can just float around as spiritual beings without any standards for obedience and disobedience!

Although we cannot be saved by following the law (because everyone is guilty of breaking the law according to Romans 3:19), God uses the moral law as the standard of righteousness in which to judge us of sin. Thus the law doesn’t save us but it sanctifies us when we yield to the power of the Holy Spirit dwelling in us because through it we have the knowledge of sin (Romans 3:20).

So then, what does Paul refer to when he says that we are justified apart from the law (Romans 3:21) through grace as a gift (Romans 3:24)? The context of these statements and the other teachings of the New Testament regarding the law is clear: while the moral law doesn’t save us, it is still in effect as a guide and standard for righteous living, but the ceremonial law is no longer in effect and has been totally done away with! This we know because circumcision (Romans 3:30; Galatians 5:1-2) and animal sacrifices (Hebrews 9:12-14) are always brought up in context of Paul teaching that the law has been nullified in Christ. Thus, Paul is affirming that the ceremonial law has been done away with in Christ because He was the perfect lamb of God who took away the sins of the world (John 1:29) and in whom by a single offering of Himself (Hebrews 10:14) abolished the law of commandments and record of debt that were against us (Colossians 2:13-14, because we violated them). In Him we are no longer obligated to follow the levitical system for, although the Old Covenant terms are no longer in effect and faded away (Hebrews 8:13), the New Covenant clearly is a more perfect continuation of the Old Covenant because of its prophetic fulfillment in Messiah (Hebrews 10:1).

The following are signs of a hyper grace church:

The preachers never speak against sin

If you are in a church like this, you will notice that the word sin is usually only mentioned in the context of forgiveness of sins in Christ but hardly ever in the context of taking a stand against sin, except of course when they condemn the sin of “legalists” and “Pharisees” who are the ministers they denigrate for preaching against sin.

The lead pastor never takes a cultural stand for righteousness

When issues like abortion come up, these pastors will shy away from mentioning it because they are afraid of offending new people. I can understand this to a point. But I counter that we as ministers of Christ are obligated to at least mention our positions publically so that we use it as a teaching moment for the sheep following us. Not saying anything about an issue like abortion is another way of condoning it!

In these churches the Old Testament is treated as only types and shadows for sermon illustrations but has no real value regarding our standard of living today. As I show in this article, my position is that the New Testament and Old Testament are organically connected together with the New building upon the Old, not eradicating it altogether!

One pastor was telling me that sexual immorality and drunkenness is rampant in many evangelical churches—even amongst small group leaders and other leaders in local churches! This is because there is very little accountability.

The lead pastor speaks often against the institutional church

Many hyper grace pastors constantly denounce churches that are conservative in their values because they believe those churches represent the “old school” that is no longer relevant to today’s culture.

The lead pastor preaches against tithing

Although I believe tithing carried over into the New Testament, I believe it is more of a biblical principle that preceded the Law of Moses (Abraham, Isaac, and Jacob all tithed before Moses gave the law), was taught by Jesus (Matthew 23), and was mentioned in other passages like Hebrews 7.

These pastors denounce tithing as a law that was done away with in Christ. (For more on this, read my position paper entitled “Is Tithing in the New Testament?”)

Those attending hyper grace churches only hear positive messages on health, wealth, prosperity, God’s love, God’s forgiveness and on how to succeed in life. Although I also agree with and teach on these topics, we have to be careful to include in our preaching the whole counsel of God so that we feed the flock a balanced diet instead of just the sweetness of feel-good messages. We must do this so we are free from the blood of all men (Acts 20:26-27)!

Those attending a hyper grace church will most likely find that, because of the strong emphasis on grace—with no teaching against sin or on repentance, judgment, or hell—there is an atmosphere of loose living with many involved in sexual immorality and drunkenness, as well as other physical vices. The reason for this is “the law is our schoolmaster that leads us to Christ” (Galatians 3:24) because through the (moral) law comes the knowledge of sin (Romans 3:20). If the moral law of the Ten Commandments is not preached or alluded to, then in ignorance the people will live foolish lives and will be like the blind leading to blind because: “Where there is no prophetic vision the people cast off restraint, but blessed is he who keeps the law” (Proverbs 28:18).

In conclusion, there are many other things I could mention regarding hyper grace churches and their preaching, like how it is one step away from universalism (the belief that all people will eventually be saved, whether they believe the gospel or not, e.g. Love Wins by Rob Bell) and liberalism, because an increasing amount of scripture is eviscerated because it is culturally offensive (like husbands being the head of the house, views on homosexuality, etc.).

I believe antinomianism is a dangerous trend in evangelicalism and is something we need to lovingly take a stand against with our brothers and sisters who espouse it.