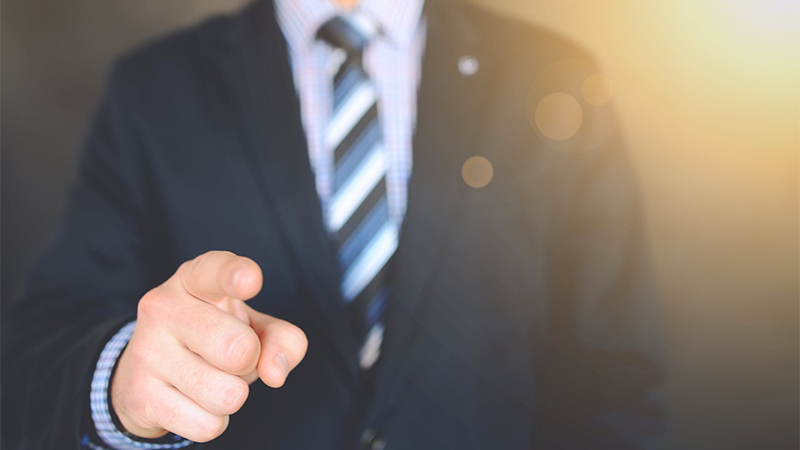 There has been many articles of leaders in the media lately who take advantage of other people. This is a common pattern of abuse in which leaders use their positions of authority to take advantage of their subordinates or those looking to them for help.

There are many signs of abusive leadership, which can relate to leadership in the family, church, business, politics and/or any organization or voluntary association. Also, often abusers are themselves the victims of abuse.

1. An abusive leader uses his position of power to receive favors from his subordinates.

Whenever a leader throws around their title with subordinates to extract personal favors, their motives are impure and these favors can become increasingly illicit. Unfortunately, often subordinates and/or mentees want to play the game as much as their leaders, to satisfy their ambitious quest for success. (In that case, both are equally wrong).

2. An abusive leader threatens and/or manipulates subordinates to get what they want.

When abusive leaders don’t get what they want, they often resort to political, monetary or relational manipulation to coerce their subordinates into submission. When this doesn’t work he/she often threatens to carry out actions detrimental to the family, career or life of their subordinate to force compliance.

3. An abusive leader uses their title primarily for entitlements rather than to serve others.

An abusive leader often desires positions of power so they can be served. They want the prerequisites of their position without having a commensurate sacrifice for those under their auspices. They love the influence and power that comes with their position; this is always dangerous and can lead to leadership abuse.

4. An abusive leader attaches themselves to the most vulnerable in their midst.

Abusive leaders often stay away from smart, confident, independent subordinates who are able to think and take care of themselves. They prey upon the naïve, the vulnerable and/or the stargazers who will do anything to have access to power. Leaders who elevate the vulnerable in their company but shy away from confident individuals with strong core values demonstrate that their desires are to control and manipulate others more than to develop and mature others.

5. An abusive leader uses “father wounds” in others to gain paternal trust.

In a world rampant with family fragmentation, a large percentage of people in organizations have an orphan spirit and/or father wounds (as a result of their biological father’s neglect and/or abandonment). Abusive male leaders can easily discern this need for paternal affirmation and utilize this felt need in subordinates to take advantage of them. They first gain their trust by showing them attention, earn their loyalty, and then eventually illicit sexual or other favors from them as an expression of some sort of perverse paternal bond with them.

6. An abusive leader makes subordinates inordinately dependent upon themselves and isolates them.

An abusive leader often makes vulnerable subordinates monetarily, relationally, and/or emotionally dependent upon them by taking care of their needs. Their goals are to isolate subordinates so they can continue to control them and extract from them whatever they desire.

8. An abusive leader threatens and/or attempts to scandalize those who don’t comply with their demands.

Abusive leaders slander those who turn away from them or whom they can no longer control. If they see that a person is or becomes self-aware and/or independent and refuses to “drink their Kool-Aid,” they slander them and try to limit their ability to succeed without them.

9. An abusive leader uses and objectifies others for their own agenda.

An abusive leader views others merely as a means to an end to satisfy their personal agenda. They don’t value people for who they are but objectify them to extract from them things they desire for themselves. Once the abusive leader gets what they want from a person, they ignore them and go on to the next person they perceive can help them.

10. An abusive leader gets violent and exhibits rage when they don’t have their way.

Often an abuser has a short fuse and goes into fits of rage to intimidate their subordinates. If a person has a leader who attempts to illicit obedience through the use of threats, they should disassociate themselves as soon as possible or they may become co-dependent and complicit with the abuser’s abuse of others.

11. An abusive leader is narcissistic and focused only on self-gratification.

A leader who attempts to use their position merely as a means for satisfying their ego, to satiate selfish desires and enjoy a lifestyle of consumerist idolatry is narcissistic and doesn’t care about the well-being of subordinates. This myopic obsessive self-focus always leads to sacrificing others for the sake of their own aggrandizement and pleasure.

Abusive leaders freak out when those in their family and/or organization do not bow down to their every demand. These “control freaks” are, motivated by insecurity and fear, trying to create followers in their own image and likeness. They demand predictability, obedience to the status quo, and squash critical thinking, creativity and independence. They would rather have robotic obedience that produces mediocrity rather than flourishing family members and/or subordinates who fly like eagles.

In conclusion, God gives dire warnings to leaders who only care about themselves to the neglect of those they are supposed to serve (read Jeremiah 23:1-4 and Ezekiel 34:1-10). Effective leaders understand that the main reason why they have been entrusted with influence is to facilitate growth and maturity in the lives of those under their care.