How Not to Read the Bible 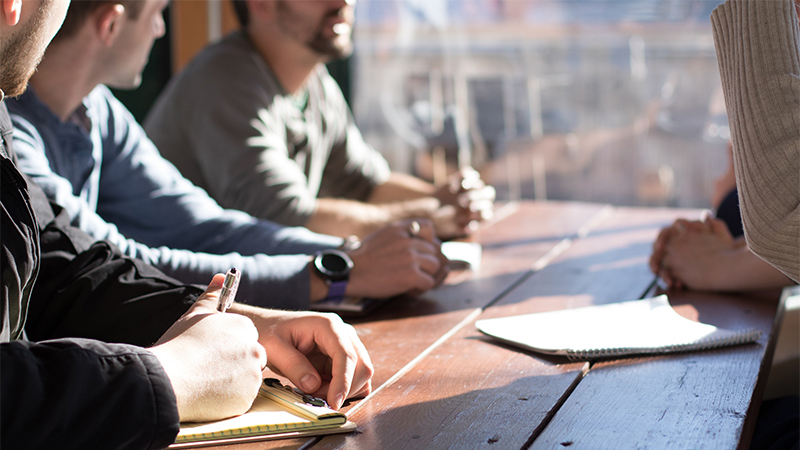 The Protestant Reformation correctly brought the Scriptures back into the hands and vernacular of the common people. Because of this, those who did not understand the Latin version (the Latin Vulgate translated in the 4th century by St. Jerome) could read Scripture in the common tongue (the King James Version of 1611). Thus, the pendulum swung from one extreme to another: from professional clerics interpreting the word for the people to individuals with no theological training interpreting the word without the church’s hermeneutical aid.

The result has been numerous denominations, fragmentation by numerous leaders in Protestantism who do not agree with one another, and even isolation and individualism since some actually believe their salvation walk depends only on themselves, their Bibles and the Holy Spirit without the checks and balances of accountable relationships with mature church-based leadership.

The following are some of the ways not to read the Bible:

First, we should not read the Bible only to prop up our current emotional condition. Often, when we read the Bible, it is to give us comfort, peace, hope, happiness, and stability in our lives. We do this when we pick and choose certain passages that appeal to us and make us feel better about ourselves or our particular situation. For example, we may read Isaiah 40:1-3 dealing with comfort, or John 14:27 if we want to feel at peace.

The problem with reading the Bible in this manner is the risk of using the Bible to suit our needs instead of allowing the voice of God to come through the Scriptures to transform our inner being.

A more objective way to read the Bible is to follow a systematic plan in which we are not the ones choosing the passages we read. This ensures we go through the entire Bible so we will become receptacles of His voice, instead of picking and choosing passages to our advantage!

Utilizing the Bible as a form of knowledge to gain power over circumstances and to get God to meet our needs may at times be a form of manipulation. In some instances, God may not want to comfort us but convict us and change us before He brings peace and comfort!

Second, we should understand how the early church handled important issues such as the deity of Christ and His incarnation.

Believers should read church history and especially understand some of the fundamental church creeds such as the Apostle’s Creed, the Nicean Creed, and the Athanasian Creed. These creeds reveal the decisions and beliefs of the church fathers after years of grappling with heretical beliefs such as Gnosticism (the belief that salvation only comes to those whose minds are enlightened; also the Gnostics had some weird beliefs about Jesus’ nature) and Arianism (those who did not believe in the deity of Christ, similar to modern-day Jehovah’s Witnesses).

Third, we should not take our pet passages out of context to build a system of belief if we do not also have a wide breadth of knowledge, context, and a grasp of the meta-narrative of Scripture. Doing so would run the risk of building a faulty belief system by subjectively interpreting isolated passages.

For example, the Mormons have done this by taking the mysterious passage in 1 Corinthians 15:29 and, without correlating Scripture to obtain a clearer interpretation, built a key doctrine of their church in which they spend hours baptizing people for their dead relatives to ensure they go to heaven!

Christians have also done this by lifting certain passages out of context such as Mark 11:23. This has resulted in many thinking God will do something for them if they simply speak out their desires and claim them by faith. This is done while ignoring passages like John 15:1-7 which teaches that we have to abide in Christ in order for us to both know His will and have our prayers answered.

Fourth, we should never do word studies without reading the context of the passage we are studying. For example, one time I read a Bible commentary on the Gospel of Matthew by a hyper-dispensational author who actually wrote that the word “repent” was not used in the New Testament after the gospels. Of course, the entire Book of Acts and the epistles use the term quite often—read Acts 17:30; 2 Timothy 2:25; Hebrews 6:1, etc.

As a new believer, I was shocked that a theologian could make such a blatant mistake. But then I realized, this person focused so much of his time exegeting individual words that he made the mistake of missing the forest because of concentrating on an individual tree!

Fifth, we should avoid merely reading quickly without reflection. The Bible is not to be read quickly like we would read a newspaper. It is to be read prayerfully and thoughtfully.

In the spiritual discipline of lectio divina, Bible reading is likened to carefully putting food into our mouths and chewing it (meditation) followed by prayer and contemplation as our hearts respond to God’s word while awaiting His response to us. The hopeful result is incarnation: when the word becomes flesh after transformation comes! During meditation and contemplation we may also want to journal to record the inner workings of our hearts when God deals with us or speaks to us.

Sixth, we should attempt to understand the historical background and the author’s original intent regarding the biblical book we are studying.

Bible handbooks and study Bibles that outline the historical background, cultural context, and author’s intent for each book enable us to better interpret and apply biblical passages instead of taking passages to mean what we want them to mean and applying them the way we desire.

Seventh, we should read the word with a Hebraic corporate lens rather than the Western individualistic mindset.

Truly, Jesus didn’t leave us a book but a body of people that He trained, commissioned, and built as His church who He calls to pass down His words for generations to come! Hence, it is only in the context of the corporate Body of Christ that we can correctly interpret and apply Scripture. Most of the Bible was written to either the children of Israel or the local church. This means when we individually apply the Bible without the proper function of the faith community it is like cutting off a finger and expecting it to function normally (read 1 Corinthians 12).

Eighth, we should avoid reading Scripture in a deductive manner solely to prove our particular doctrines.

There are Calvinists and Arminians who read the Bible through the eyes of their particular frameworks with the intent of proof-texting passages to prove their positions. This does violence to the text because we are imposing our faulty human thinking on Scripture. Although interpretation without a pre-commitment to doctrinal positions is unavoidable, it is not something we should do intentionally and consciously if we want God to have the freedom to speak to us and even change some of our positions.

Ninth, we should avoid reading the Bible only to obtain sermon material when we have to preach or lead a small group discussion.

Many leaders only crack open the Bible when they are preparing to preach. This is unhealthy for our souls because we are only reading the Bible with our imposed agenda rather than allowing God to minister prophetically to us during our devotional time alone with Him. The result is a performance-oriented faith that becomes works-driven, superficial, and leads to burnout!

Tenth, we should avoid only reading the Bible to find hidden spiritual (allegorical) meanings without first understanding the author’s original literal intent. We should also avoid always trying to force a literal rendering to every passage we read.

Many believers read the word with two opposite approaches: totally allegorical or inflexibly literal. Instead, we should allow the text to speak for itself contextually to show whether it is poetic, parabolic, symbolic, metaphorical, allegorical or if it is to be taken literally.

For example, there is nothing in the story of Adam and Eve that indicates it is only mythological or allegorical. Jesus quoted from this story (Matthew 19) and Paul based his doctrine of federal headship on it being literal and historical (Romans 5:12-19).

Also, the Book of Revelation is obviously filled with both literal and metaphorical language. There are times to take it literally. For example, there really was an apostle named John on the island of Patmos, and there literally were seven churches in Asia Minor as shown in chapters two and three.

But, in the Book of Revelation there is also symbolic covenantal language not to be taken literally. For example, the locusts of chapter nine which correspond to judgment coming upon a disobedient people as illustrated in Joel 1.

Finally, there are more guidelines we could mention, but these are some of the most common mistakes in reading Scripture. Entire books have been written on the subject of biblical hermeneutics, which is the science of biblical interpretation.